Sit-In vs. Sit-on-Top Kayaks – Differences & Which To Choose

Kayaks come in two basic types namely sit-inside (sometimes called sit-in) and sit-on-top kayaks and the first thing you have to decide when buying a new kayak is the type to go for. There are similarities between sit-in and sit-on-top kayaks. After all, they are both kayaks and you’ll see both types having seats and some form of foot support.

However, there is a significant difference in the design of sit-inside and sit-on-top kayaks leading to each type having certain advantages and disadvantages over the other. Sit-inside yaks aren’t necessarily better than sit-on-top yaks and vice versa. It’s your personal preference, the intended purpose of the yak, and the water conditions where you’ll be kayaking that will determine the type you go for.

This type of kayak is very user-friendly and it is for this reason that it is popular among beginning paddlers and even kayak fishermen as there is no feeling of being confined. The lack of a cockpit also makes it easy to enter and exit sit-on-top kayaks. You’ll be able to easily get back in a sit-on-top kayak should the vessel capsize. 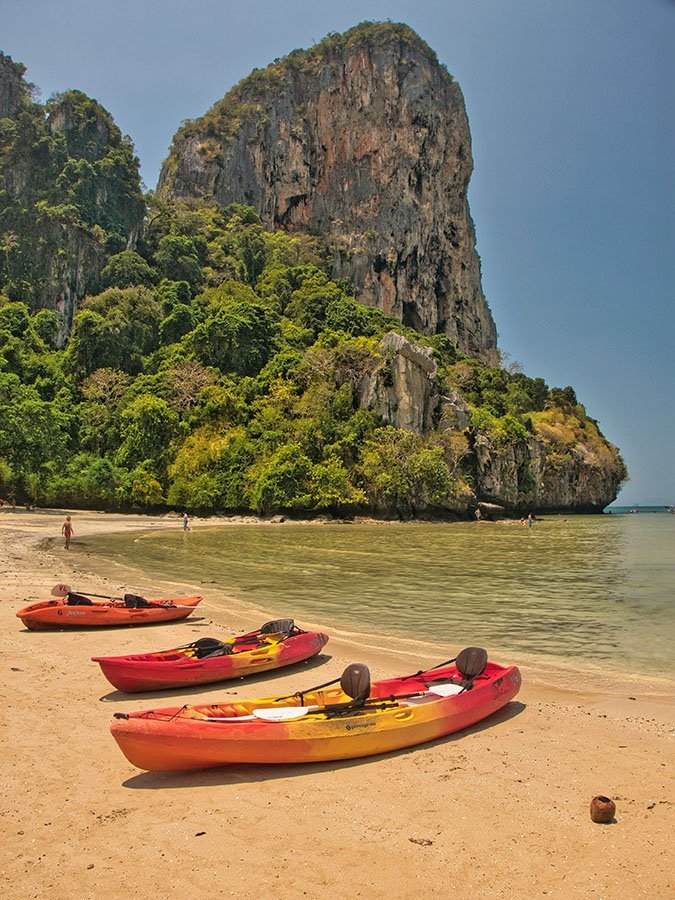 Advantages & Disadvantages of a Sit-on-Top Kayak

Sit-inside kayaks are the more traditionally looking kayak and as their name implies, they have an enclosed cockpit. This means the paddler will be positioned below the water’s surface instead of being top of the kayak and above the water level as in sit-on-top kayaks.

This design also allows kayakers to brace their knees against the inside walls of the hull. And the result of this is stronger and more efficient paddle strokes. Intermediate and expert paddlers favor sit-inside kayaks as the significantly lower center of gravity provides more stability and speed.

Advantages & Disadvantages of a Sit-Inside Kayak

Sit-inside kayaks can also be classified as recreational or touring kayaks. Recreational yaks are designed for beginners and other people that paddle on calm waters – lakes, slow moving torrents, and so on. Also, recreational kayaks typically are wider than touring kayaks and are very stable, a feature that will come in handy when fishing or taking photographs.

However, this extra stability comes at the cost of the kayak being unable to take on strong currents and heavy winds. Also, recreational kayaks aren’t as fast as their touring counterparts. The shorter length of recreational kayaks reduces their ability to track (be paddled in a straight line).

Touring kayaks on the other hand are long, faster, and come packed with features that entice kayakers that want to paddle faster and farther. The more aggressive hull design of touring kayaks makes them a lot faster than recreational kayaks although this extra speed comes at the expense of stability. And this is why inexperienced paddlers may not be able to handle touring kayaks well.

The longer length of touring kayaks means there is more storage space. This makes them ideal for longer kayaking trips (weekend trips, multi-day trips) since you are able to pack more gear. And touring kayaks are more versatile since they can handle rapid currents 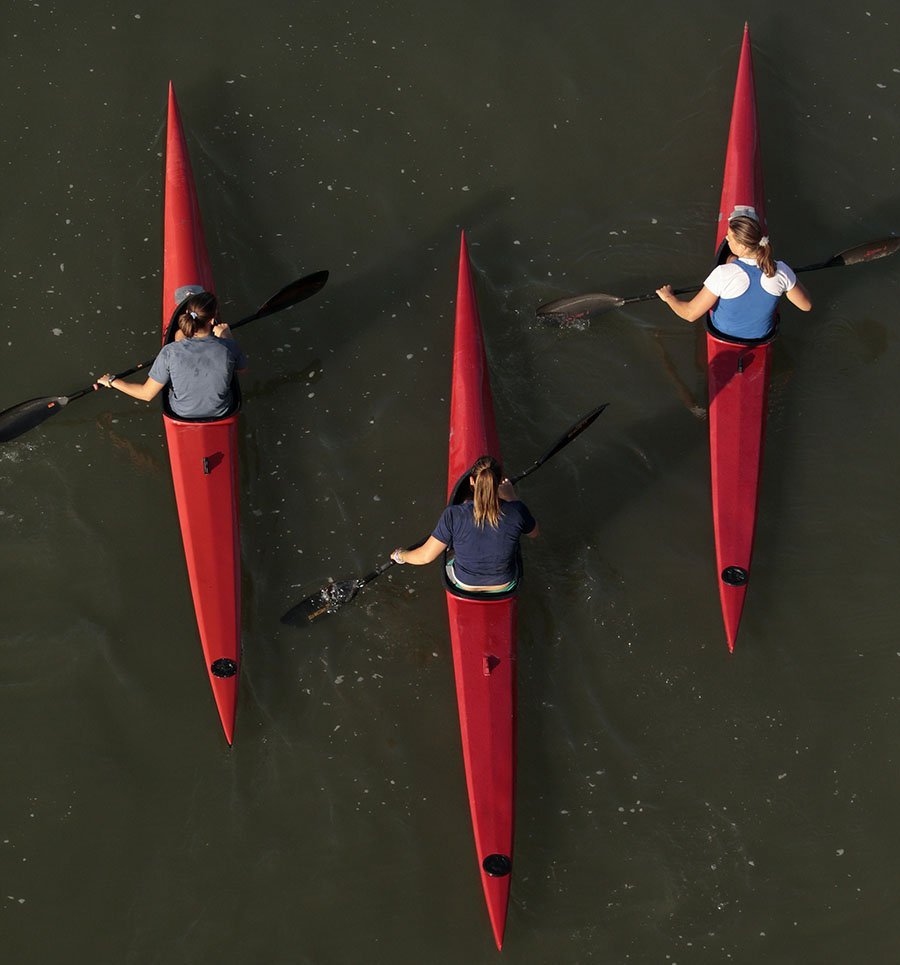 Sit-on-Top vs. Sit-Inside Kayaks – Other Considerations

Kayaks come in different types as there are several specialized yaks designed to take on a particular situation.

Depending on the type of material used to manufacture kayaks, they can be classified as either hard shell or inflatable kayaks. Hard shell kayaks, sometimes referred to as rigid kayaks, are made of wood, fiberglass, and composite materials like composite. They can stand up to the elements and require less maintenance. However, hard shell kayaks are very heavy and bulky, weighing as much as 55 pounds. This poses a problem when it comes to storage and transportation.

Unless you own a car, transporting your hard shell kayak to water bodies is going to be a hassle. Storage will also be a lot more difficult if you don’t have a garage, barn, or shed.

Inflatable kayaks on the other hand are designed to solve the problems of storage and transportation associated with hard shell kayaks. They are about the size of a backpack when deflated and weigh about 25 pounds making them easy to transport and store. You can take an inflatable kayak on a bus, train, and even a plane. Storage is easy since you can just toss it under your bed, inside your closet, or against a wall.

There have always been concerns about the durability of inflatable kayaks but this will be no issue since they’ve proven to be very durable.

However, inflatable kayaks aren’t all rainbows and sunshine. They require more maintenance than hard shell kayaks and are more easily affected by the elements.

So after deciding between a sit-inside and sit-on-top kayak, the next thing is to choose between a rigid and inflatable kayak. And you should be able to do this with the explanations above.

Sit-on-top kayaks are generally more stable than sit-inside kayaks and this is why they are ideal for a laid back, no fussing touring on calm waters. Of course, you get this extra stability at the expense of speed, so don’t expect to go all fast and furious with a sit-on-top yak.

Sit-inside yaks aren’t as stable as sit-on-top kayaks but are faster and easier to maneuver. 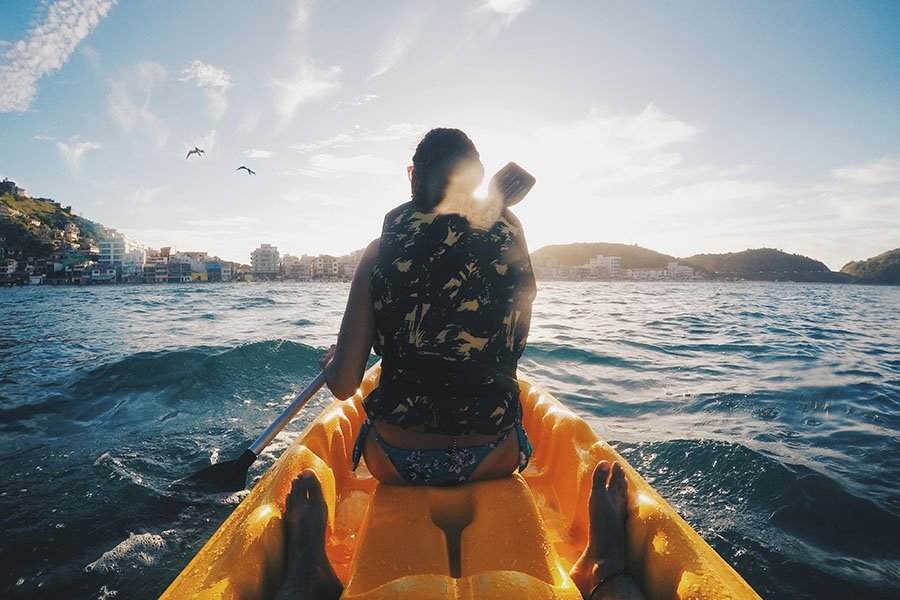 As I said in the introduction, sit-inside yaks aren’t necessarily better than sit-on-top yaks and vice versa. But depending on use, each type has certain advantages and disadvantages and it is on this basis I’ll rate which one is better for a particular use.

Sit-on-top kayaks take the crown here. They are very user-friendly, very stable, and the lack of cockpit means paddlers don’t feel confined on the vessel. Also, it’s easy to enter and exit this type of kayak and paddlers can go for a swim and easily re-enter the yak. In the case of a capsize, it’s also easy to re-enter the yak.

Another area where sit-on-top kayaks shine. The open design means kayak anglers have a lot of space to move around. Overall, there is an excellent range of motion during casting, trolling, and reeling. There are even models of sit-on-top kayaks that are specifically designed for fishing and come with built-in rod holders.

Sit-inside kayaks reign supreme here as you can cruise long distances thanks to their speed.

If you’ll be kayaking on river rapids, then the only logical choice of kayak for you is a sit-inside kayak as it’s able to handle rough waters very well thanks to its maneuverability.

Sit-on-top vs sit-in kayaks – The question is inevitably in the mind of anyone looking to get their first kayak. Both have their pros and cons, and are more suitable for different situations and water types. I hope that with this article, you can see clearer which type is more suitable for you!

What Are Kayak Scupper Plugs & Our Top Picks